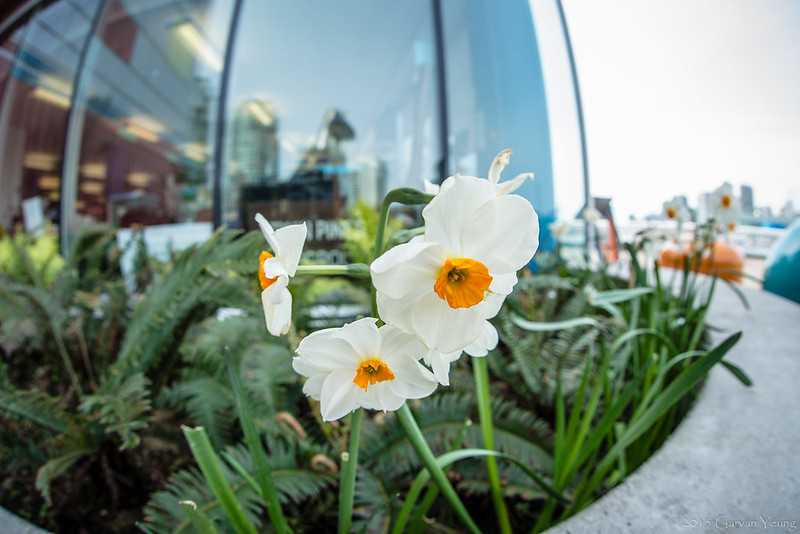 Hi all! Happy Friday! Okay I lie. This will be posted on Friday but I’ve started writing this reflection journal entry on Wednesday. So today, something very upsetting happened. Today we had our pharmacology test. The one where we have to score 90% on or we fail and have to rewrite and failing that we just fail in life and commit seppuku for bringing disgrace upon the family name. Anyway, I wrote the exam and it wasn’t hard or anything. Nothing tricky. But still, at the end of the day, when the marks came back in, I failed to achieve the required 90%. Only seven people in the class were able to attain this distinct mark of achievement. Achievement unlocked for them. It still remains unattainable for me. I was really upset by this. I was confident, but not overly confident. I was sure and certain and sound of mind in believing that I could pass and yet, I still failed. I view my failure with contempt and disgust. I revile myself. The very thought of having failed is revolting and churns my stomach angrily. There’s a sinking feeling in my gut and a rising anger in my chest. But I’ve resigned myself to the fact that what’s done is done and I can’t take back what I’ve done. So I resigned myself to that truth and did what I always do in situations like this and that was to kick back and enjoy a couple of drinks, or three or four or until I pass out; which is exactly what I ended up doing. Reflecting back on it, I don’t think there’s anything wrong in that particular approach. I mean on one hand it seems like a problem: drinking to drown sorrows. But that’s not the issue at all. It’s just me feeling hopelessly helpless in a situation like this and needing a drink to just chill out and unwind. Sure I’m a heavy drinker and I probably drank a little too much but that’s fine, no harm done. I didn’t go running amok half naked down the streets spraying graffiti on the walls or set fire to the house. I just crawled into bed and took a nice cozy nap. Anyway, I was depressed about it at first but now I’m over it. Whatever. So tomorrow I have another exam to write. I hope it’s not difficult. I want to do well but I’m just so fatigued and exhausted all the time. Although I haven’t needed to take extra PRNs, it’s still difficult to maintain alertness in class. You know what’s stupid? I have 80 capsules for 30 days in one vial, and I take a minimum of 3 pills a day with a provision of 1 more pill as a PRN. So assuming I don’t take the PRN pill, that’s 90 pills in 30 days. You see the problem here now? I don’t have enough to last me even thirty days. And the pharmacy is so rigid in their rules that I actually will be out of medications for a few days. I need to get on top of this problem. Anyway, we’ll see what tomorrow has to offer.

Ahh… so today is Thursday. In today’s class we covered more examples about professionalism. You know what I find silly though, is the amount of time spent doing nothing. Today there wasn’t enough content to cover 5 hours of class time and so we spent most of it doing nothing at all. We wrote our exam, which was a reflection paper. It wasn’t hard and there was a rubric to guide us through the writing process. I wish I could have done it on the computer. My handwriting is terrible. I hope my prof can read my chicken scratches. And we didn’t have lined paper, only blank paper, and so my writing kinda sloped all to one side and I ended up writing diagonally. It looks so unprofessional. Anyway, I want to talk about an impulsive purchase earlier this week. On Tuesday after class, I went out with my classmate to the UGG store on Robson to buy a pair of Harvins that I saw online. They’re a nice style and decently priced. Unlike the Nicolo which are like six hundred dollars, the Harvins were only two hundred dollars. http://www.uggaustralia.ca/en/men-footwear/harvin/1008016.html?dwvar_1008016_color=CRDV#start=7&cgid=men-boots I wanted Espresso colored Harvins but the Robson store only had cordovan which is like a reddish-purple color. I wanted something darker but not entirely black. Well they had black and cordovan. So they called another store to see if they had the espresso ones and the other store, on Granville, had it. So my classmate and I trekked out to the bus station to cross the bridge. When we arrived at the UGG store on Granville, we were greeted by a really nice salesgirl. Super nice girl and really helpful. I told her the Robson store called earlier and immediately she was like, “Oh! Yes! Espresso Harvins! I’ll go get them!” I tried on the shoes and they were a good, snug fit and then I made the plunge into my wallet to purchase them. I haven’t worn them yet. I’m really scared to wear them. They’re so pristine and nice that I just want to keep them on the shelf and stare at them. This is just like the time I bought a new computer mouse. I bought a Logitech Proteus Core back in December of last year, 2014, and to this day, November of 2015, it’s still in its original packaging and unopened; pristine and unused. Anyway, after buying the shoes, we were starving so we took the bus to Broadway and Cambie and ate at a Chinese restaurant called Shaolin Noodle House. They sort of messed up my order. I ordered a dandan noodle with no peanuts because, well, I’m allergic to peanuts. So they made it with no peanuts but made it with peanut oil, which is so weird because I specifically asked for no peanuts. Like what was misinterpreted there? So I sent it back and they made one with no peanuts, finally! And it was delicious. So despite the small mix-up there, it was overall pretty good. I also had a nice cup of Tsingtao beer with my classmate. It sort of tastes like Corona, very light. But you know what? I still prefer my Belgian beers. Hoegaarden is my current favorite. Oh my goodness I just watched a cat video of cats playing in packing peanuts. They’re so cute!

Okay, so it’s officially Friday and it’s totally not my day. It’s just be one disaster after another. So today I had a crisis intervention course out in Surrey. I woke up bright and early and steeled myself for the hour long commute by train. When I finally got to campus, I spoke with the receptionist and she told me they had cancelled the class! I was infuriated. It’s fine to cancel the class but at least give notice of it to the students! I wasted money on transit because the campus is in a different zone, and I wasted my time! An hour long commute is not something particularly enjoyable. So instead of the intervention course they decided to hold a first aid course and in my mind I was like, “Oh fuck off. You’ve got to be kidding me. I came all the way out here for nothing!” And on top of all this, I lost my favorite coffee mug at Starbucks and when I called Starbucks back, they couldn’t find it. It’s just not my day today. On the brighter side of things, I got to pick up my medication. And last night I did some shopping and I bought a Moleskine notebook. http://www.moleskine.com/en/collections/model/product/ruled-reporter-notebook-pocket So I got those going for me. Le sigh. Now I have to fire off a few emails. I’m really stressed out right now. My life is a bit of a mess, I need to organize the things I have to do and prioritize them and put them into my calendar. I know I have a bunch of things due soon but I don’t know precisely when and that’s bothering me.

This week has been a series of upsets and disappointments. But it has also had its brighter moments. Failing my exam and having a class unknowingly cancelled on me was disappointing. Losing things is also never a fun thing to have to go through. But I brightened up the week with some good purchases. New shoes and notebooks to celebrate. And spending time with friends is always a boon. So it’s had its ups and downs. 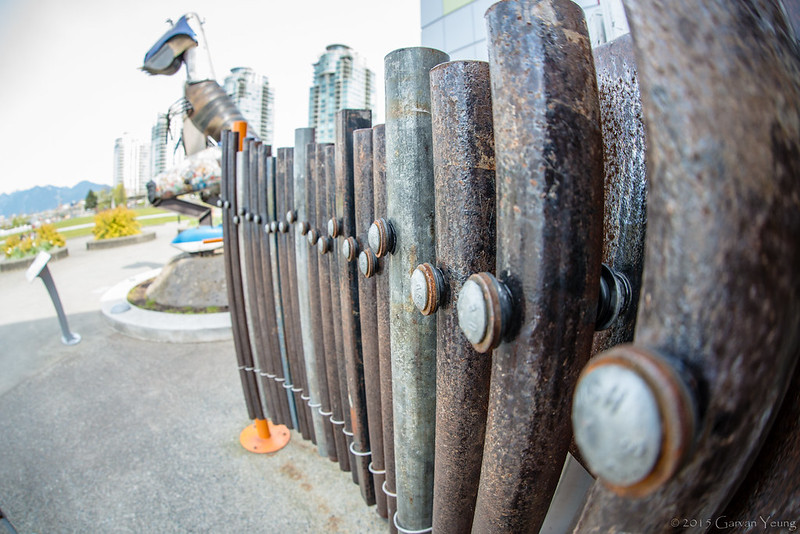 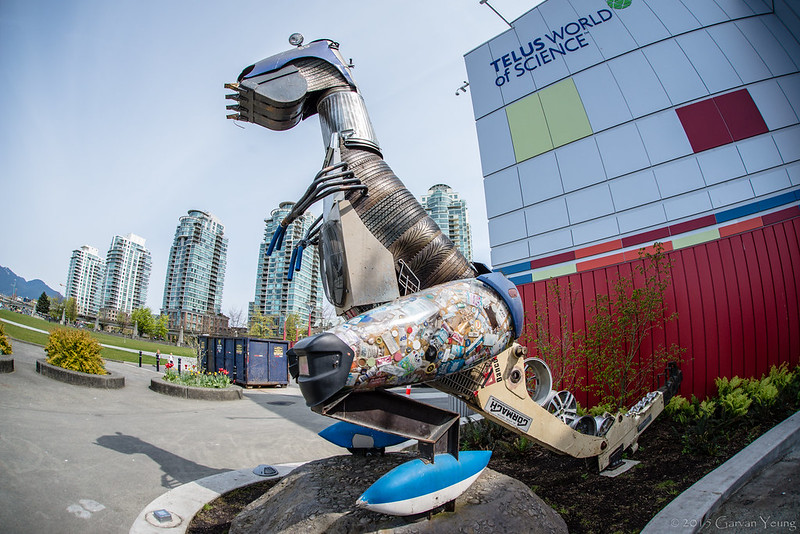