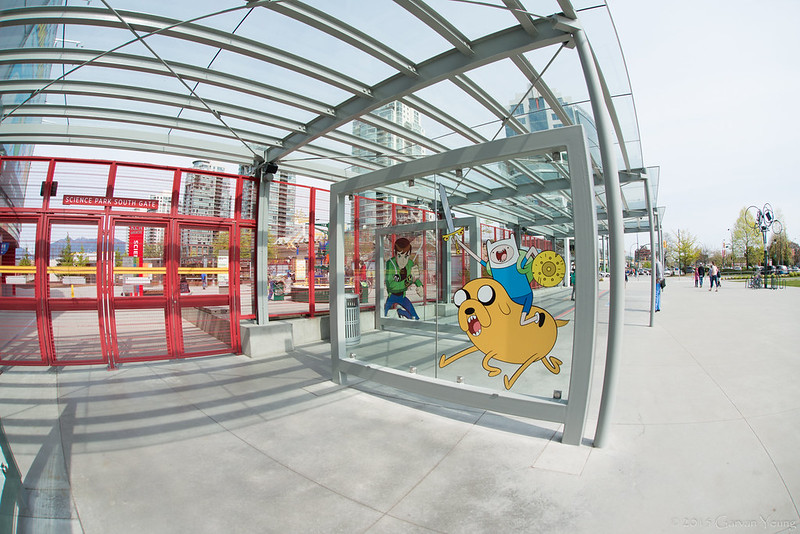 Hi all! Happy Friday! It’s that time of the week again where I go on a seemingly endless rant about the most random things. So again like last week, I want to self-reflect on the week and see what I’ve learned and what I’ve improved upon. When speaking of improvements, the first thing that comes to mind is that I’m staying awake in class a lot more. I used to sleep at 12am or 1am or even, God forbid, 2am. But recently, starting this week, I decided that I was going to change that. I decided that I was going to sleep earlier, like an hour earlier, and instantly I saw results. That’s wonderful. I’ve started going to sleep at around 11pm now. Now don’t get me wrong, I do sleep in class; I doze off. Just not during the important moments. Like during a short lull in the class and I’ve done all my readings, I’ll put my head down and rest my eyes sort of like closing your laptop when you’re not using it to save battery life. Today’s PN1001 Professional Practice 1 course became a little bit clearer; still blurry, but clearer. We read a print out of things related to professionalism and how to be professional around the workplace, around coworkers, and especially around patients. We read through some case scenarios that provided a scenario and someone violating these rules of professionalism and then getting punished for it. Harsh, but just. We sort of synonymously clumped together the terms professionalism and confidentiality but the two are different and thus not the same. To be professional in this field, you must have confidentiality but you don’t need be a professional to have confidentiality. Basically the patient’s privacy and care is paramount. We have to maintain those things at all time. And in this day and age of Twitter, Snapchat, Instagram, and Facebook…wait did I miss out any major social media company? Haha Anyway, in this age of advanced social media apps and ever advancing technology, it’s easy to take out our phones and take a picture of the patient or a video and send it to everyone. I mean while it’s probably not ill intended and not harmful, you’ve still breached confidentiality and that’s not being professional. The next thing we moved onto was a group/team project on the 3 Standards of Practice. Let’s have a short review here. The 3 Standards of Practice are: 1.) Professional ethical and Legal Practice, 2.) Foundations of Practice, 3.) Collaborative Practice. Our group was assigned the third topic which was great, but what made it better was the fact that we were the only group with laptops and therefore easy access to the internet to look things up. Everyone had a Mac. MacBooks… UNITE! Anyway, we were squabbling over who was going to take notes and who was going to the research. So the two girls with the laptops “shottied not” first and won the battle. I lost because I shottied last. Thanks goodness I have fast typing skills from all those years of gaming. So as the group scribe, I had to take down notes of people’s ideas and I would slip in a few of my own ideas. Overall, it was a pretty good project. We were organized and our notes looked wonderful; all of it was color coded so we all knew who was reading what during the presentation. All in all, it was a good class and I learned lots about professional practice for nurses. There are a number of grey areas that are a bit cloudy but err on the side of caution.

Ah, so that was my class today; pretty intense stuff. This week was pretty good. On Tuesday we did clinical and we went into the clinical lab for the first time. We were taught proper hygiene and how to use proper protective equipment. It’s pretty cool to be doing that. I’m really excited and nervous at the same time. I’m excited because it’s hands on learning and I’m great with hands on stuff. But I’m also afraid because I’m scared I’ll mess up and in a real world situation that cock up may cost someone’s life. I guess that just means I have to work extra hard in practicing and improving the skills we learn in clinical. After class my friend and I went to Mucho Burrito and it was awesome; pure joy in my mouth. Then on Wednesday, we had pharmacology and our professor started us off with some review questions for the maths assessment. Because the maths assessment requires a 90% to pass, so the whole class was freaking out and stressing over the exam. Anyway, after about ten questions in, he said that we were ready and didn’t need further review since we were consistently getting the right answers. So since we felt confident in our abilities to do the test, he moved onto another topic. My pharmacology professor is a really passionate guy, he loves his job as a pharmacist and it’s all he knows, and he’s a great instructor. He’s careful in explaining concepts to students and makes sure that everyone in the class understands the concepts and not just the majority of the class. However, his one fault is that he doesn’t seem to know what to teach us. He’s not familiar with the course curriculum. This Wednesday, he randomly picked a topic off the top of his head and started teaching about it. He decided that he was going to teach about hypertension and the drugs used to treat hypertension. I was completely fascinated by it. It was all so interesting. This continued on for a short while, until someone asked if what we were learning would be on the final. And my professor said that he didn’t know. And we, as a class, unanimously decided that we should stick to the course curriculum and follow the PowerPoints presentations. He was like “Ok ok sure no problem. Whatever works for you guys.” He then moved onto the slideshow presentation, but the slide show wasn’t of much help either and so he kind of had to make it up on the spot. He was really knowledgeable about the drugs and the interactions of the drugs with the body. Anyway, the main thing I’m worried about is the maths assessment that requires 90% passing grade. Oh and today I went with a friend to visit my sister’s pharmacy and then on her break we went out to La Taqueria for tacos. The service was good there, the place was clean, and the food was served super-fast and tasted great. I’ve never had tacos before and so this was a new experience for me. La Taqueria’s menu goes like this: Meat tacos $2.75 each or 4 for $9.50, Veggie taco $2.25 each or 4 for $7.50. They’re not very big tacos. I ordered four tacos all different flavors. I ordered Asada which is grilled ‘AAA’ flank beef, De Cachete which is braised beef cheeks, De Lengua which is braised beef tongue and finally I ordered the Tinga de Pollo which is chicken with chorizo in a chipotle tomato sauce, topped with Mexican cheese and sour cream. My favorite one was the beef tongue taco. I love beef tongue. Another thing I did this week that I feel is worth noting is that I helped out a homeless guy on my way home one day. He was having some troubles moving his stuff, so I offered to help him move his stuff. It wasn’t really anything but it feels good to help someone out. One last thing before I end this post, the wheels on my Smart car are nearly shredded. The metal inner lining is exposed and so I have to order new tyres for my car. Booo! Thank goodness they didn’t give out while I was driving, that would have been fatal. Anyway that’s my whole week in a nutshell. 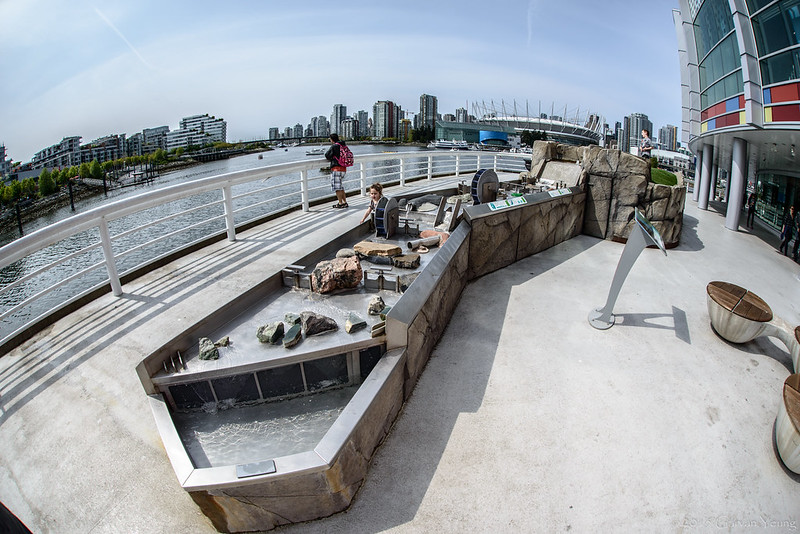 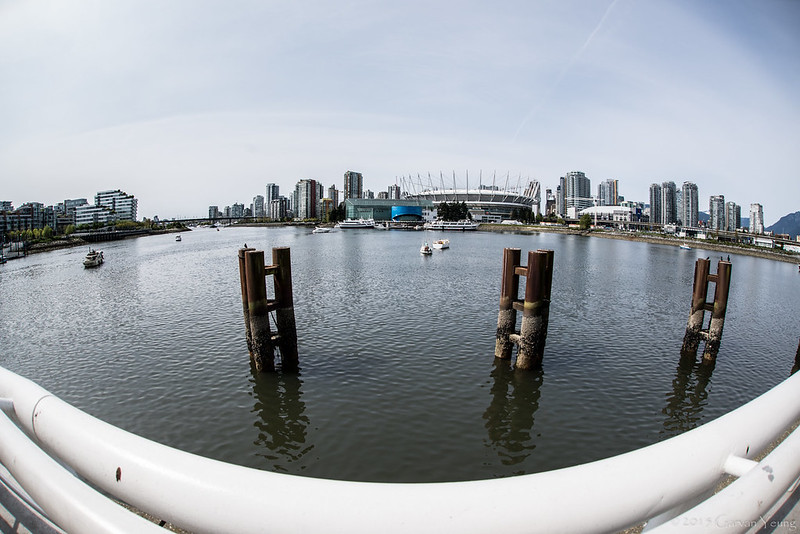